Prepaid RP Cards are a user-oriented way to recharge Riot Points without the necessity of a credit card or bank account. Riot Points Card is a digital RP voucher with an activation code that adds Riot Points, an in-game currency, to a selected Riot Games account, allowing the user to pay using the in-game points.

How much RP/VP will you get…!? Check here.
You can find the Redeeming Instruction is here…!

*NOTE – These VP Packs are not for Malaysia registered accounts…

What are the Riot Points?

Riot Point (formerly known as Combat Points early in European server) is one of the in-game currencies available for Riot Games. It is used to purchase in-game things to add convenience, extra customization options, or diversity to the experience. Examples of things that can be purchased with Riot Points are Valorant Points, League of Legends Points and many more!

What is the League of Legends and Valorants?

League of Legends is one of the fast-paced competitive online games, where two teams of powerful champions fight against each other for the throne. Compete with millions of people across multiple battlefields in one of the world’s most-played PC games.

VALORANT is a tactical shooter that makes you and your teammates square up against 5 other Agents in a one-life-per round, first to 13 round wins! It’s all really exciting, isn’t it? But VALORANT isn’t just about your gun skills. You’ll need to take advantage of unique abilities, strategy, and finesse to outrun your opponents, all while planting or defusing a Spike threatening to erupt.

Do Riot Points work on Valorant?

League of Legends is not the only game where Riot Points can be applied. Valorant is a famous FPS genre game produced by Riot Games, and the in-game currency of the said title is called Valorant Point (VP). So yes, in Valorant, Riot Points are converted to Valorant Points – premium Valorant currency that can buy in-game goodies and Radianite Points. Prepaid League of Legends gift cards can be activated and applied for this game.

WHAT GAMES CAN THESE PREPAID CODES BE USED FOR?

Codes can be used for the PC version only in the following games:

How much RP/VP can be received…?

RP stands for Riot Points, where VP is to address Valorant Points…

We’ve gathered all the conversion chart from various informative sites, just for your convenience. So, you’ll not have to check any other places for the exact chart you’re looking for…!
Here you can see, how much RP/VP you’ll receive based on Region and Denomination :

VP Packs You Can Purchase for Bangladesh Region –

According to Riot Games, accounts registered in Bangladesh have bound to Euro currency automatically… That’s why Euro Cards are suggested to purchase for redemption…

*NOTE – These VP Packs are not for Malaysia registered accounts…

REDEEMING YOUR PREPAID CARD IN VALORANT

Your prepaid card/code can be redeemed for VALORANT Points (VP) that can be used to buy in-game content in VALORANT.

To redeem your VP you will need to log into the VALORANT client.

Firstly click on the button on the upper right of the “Store” button. 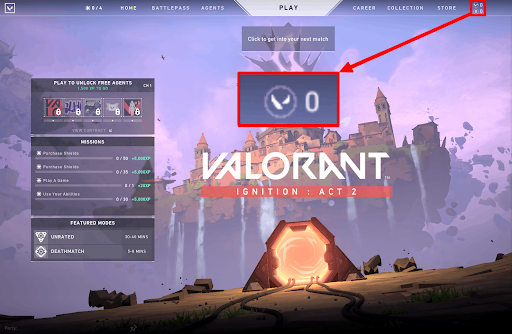 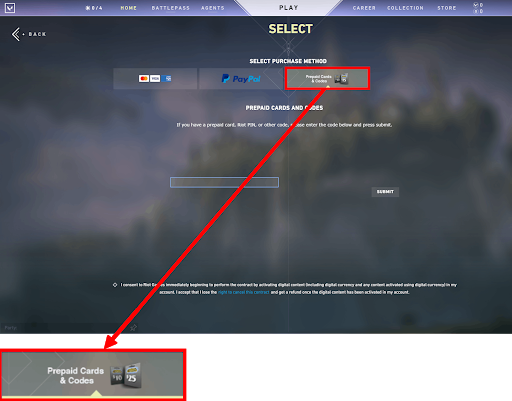 Select the “Prepaid Cards & Codes” option.
Make sure that the consent box is checked (as shown in the picture below), otherwise you will not be able to complete the purchase.

Finally, input the card’s PIN in the bar and hit “Submit”.

Redeeming your prepaid card in League of Legends / Teamfight Tactics:

To redeem your card/code in either of these games you will need to log onto the League of Legends client and follow these steps: 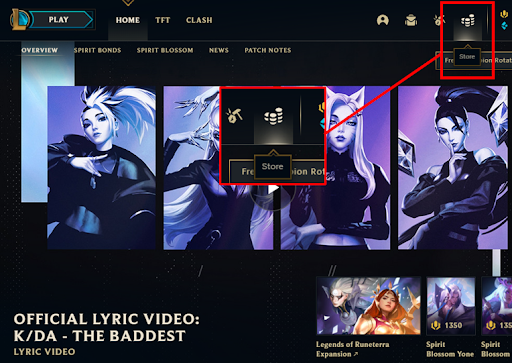 Next, click on the “Purchase RP” button.
Select the “Prepaid Cards & Codes” option.

Make sure that the consent box is checked (as shown in the picture below), otherwise you will not be able to complete the purchase.

Lastly, input the card’s PIN in the bar and hit “Submit”

REDEEMING YOUR PREPAID CARD IN LEGENDS OF RUNETERRA: 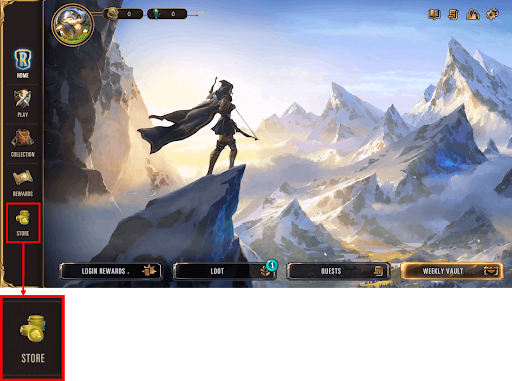 Make sure the consent box is checked (as shown in the picture below), otherwise you will not be able to complete the purchase.

Finally, input the card’s PIN in the bar and hit “Submit”.

Before completing your purchase be sure to check the T&Cs (the small stuff on the back!) to ensure it is redeemable in your preferred region or Country.

If you are looking to redeem your code within the League of Legends Client the following will apply:

If you are looking to redeem your card on the PC version of Legends of Runeterra, Team Fight Tactics or VALORANT the code is redeemable based on the country assigned to you in your account: